There’s something about a shower at a fancy hotel that just makes you feel like a million bucks.

Whatever it is, you can achieve a similar experience at home when you install the [amazon link=”B0043BEUXK” title=”Ana Bath 5 Function Handheld Shower” /] in your bath.

In this review, we are going to talk a little more about the features of the Ana Bath 5 Function Handheld Shower, but we are also going to give you an overview of what people who have purchased the handheld shower head had to say about their overall experience with it.

This shower head combo from Ana Bath is designed to replace your existing shower head and allow you to experience your shower in ways that you never have before. You don’t need any special tools or equipment to set up this unit, which is great for those who aren’t so handy.

Notable features of the Ana Bath 5 Function Handheld Shower include:

If you have a large shower stall, you’ll be able to use the 5-foot stainless hose to help clean your stall or use it to give Fido a good scrub down after he’s been out playing in the mud. The ergonomic design of the handheld shower head ensures that it is comfortable to hold and that it isn’t going to slip out of your hands while you’re using it.

You needn’t worry about the shower head not fitting in with the overall aesthetic of your bathroom because the satin-brushed nickel finish of the unit is complementary to any design choices.

When we looked at the user reviews, we saw that most of the customers had great things to say about the Ana Bath 5 Function Handheld Shower and left 4 or 5-star reviews. Of these reviews, people commented on how simple it was to install the shower head unit.

Customers said they were able to have it completely ready to go within 15 minutes. Customers do point out that if you want a strong shower, you will want to remove the flow restrictors.

A few people have commented that they have been using this shower head for several years now and it is still going strong—by far one of the best handheld shower heads they have tried in a long time.

Some people have even gone on to say that the shower head was a “game-changer” and that it was well worth the money they paid for it, which was less than $60.

So what did the remaining customers who left 3-star or below reviews have to say? The most common complaint customers had was that they didn’t like the spray settings. Some people have said that the holes are too thin and they create painful water pressure that they don’t like.

Other customers felt like the hardware for the shower head was flimsy and that it wouldn’t last very long. A few people have also stated that they didn’t like that you needed to use both hands to change the diverter because if they didn’t, they would get sprayed with cold water that was in the hose.

One customer did point out that they experienced a loss in water pressure over time in the fixed shower head.

Trying to find a handheld shower head combo that is going to both be a pleasing addition to the design of your bathroom, but also works well too. There are many shower head combos available on the market, all from different price points.

What makes the Ana Bath 5 Function Handheld Shower stand out from the rest is the 5-inch wide shower heads, the different spray settings, and the ability to divert the water three ways. With this shower head, you’ll be able to use the handheld shower head directly on those stiff joints while having hot water cascading down around you.

Or, you could just divert all the water to the handheld so you can take care of any cleaning that needed to be done, or bathe your pets.

We feel that this shower head is in the right price range and that it is worth the small investment. Sure, it isn’t going to have that luxurious look or feel that you’d find in a hotel or the homes of the rich and famous, but it will do the trick.

You’ll be able to stand under the hot water and just feel all the stresses of the day melt away.

And if that doesn’t happen, you could always use the handheld shower head to help expedite the calming effects you’re hoping to achieve.

Whatever the case, this shower head combo will prove to be one of the best purchases (and affordable purchases) you’ve made for your bathroom!

Because of its five different spray settings, Ana Bath SS5450CBN 5 Function Handheld Shower will give you a new shower experience. 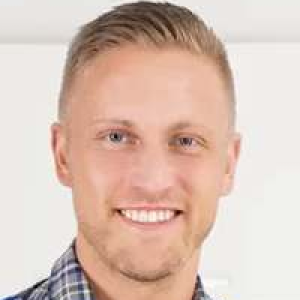 Primary Parts of A Shower and How They Work

Shower Leaking Behind the Wall? (Here’s What to Do)